Mapping the Occupation in Kashmir- 3

These short pieces locate the places in different areas of Kashmir that are under military occupation. The aim of this small endeavor is to illuminate the physical density of the infrastructure of militarization in Kashmir, to make visible what is being invisibalized in the discourses of normality. Zahid Rafiq’s piece is not written for this project, but his report on torture centers in Srinagar clearly takes the project forward in adding another layer to the project of locating the military occupation, by shedding light on these horrifying places camouflaged deep inside military camps. His piece highlights how some of these places which have bloody pasts are being transformed into residences of pro-India politicians in efforts to mop their trails off from the landscape of military terror.

In the foothills around Srinagar, overlooking tranquil Dal Lake, sits the stately bungalow of a former chief minister of Kashmir. The lawn is perfectly cropped and the air filled with birdsong.

But for Abdul Qadeer, who was once imprisoned in the house, the place evokes memories of howls of pain and the smell of flesh. END_OF_DOCUMENT_TOKEN_TO_BE_REPLACED 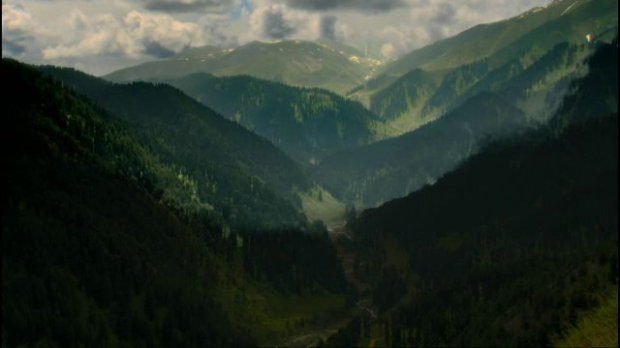 From The Guardian: “The Mass Graves of Kashmir”

“One sodden evening in April 2010, an Indian army major from the 4 Rajputana Rifles arrived at a remote police post where the mountains gather in a half-hitch around Kashmir, India‘s northernmost state. Major Opinder Singh “seemed in a hurry”, a duty policeman recalled. Up in the heights of the Pir Panjal range, down through which the major had descended, it was snowing and his boots let in water. “The officer reported that the previous night his men had killed three Pakistani terrorists who had crossed over into our Machil sector,” the policeman recalled. “Where are the bodies?” the policeman had asked, filling in a First Information Report that started a criminal enquiry. “They were buried where they were shot,” the major retorted, before taking off in his jeep.

“It was not unusual,” the policeman later told investigators, when questioned as to why he had not insisted on viewing the corpses or checking the identities. Kashmir had been in turmoil since Partition in 1947 and on a virtual war footing for the past two decades, with some estimates placing the dead at 70,000. Strung with razor wire and anti-missile netting, the state had been transformed into one of the most militarised places on earth, with one Indian paramilitary or soldier stationed for every 17 residents. The Pakistani intelligence services and military trained and funded a legion of irregulars, who infiltrated over the mountains to kick-start a full-blown insurgency in 1989, keeping the Indian-ruled portion of the Muslim-majority state permanently alight. END_OF_DOCUMENT_TOKEN_TO_BE_REPLACED