From Kafila.org: “My Abu Talha Moment”

Last week was my Abu Talha moment. That’s when dubious honours rain on you, unsolicited, undeserved. There I was, charged with wrecking a literary festival in Kashmir; links to the Parliament attack case; racism against Kashmiri pandits; scuttling a film screening in a women’s college in Delhi… And if that doesn’t create a frisson, I was also said to be on the radar of Mumbai’s Anti Terrorist Squad.

Unable to make the Abu Talha connection? Many in Kashmir know the name as a talisman, the kind that security forces brandish when they periodically feel its time to square their books. It doesn’t take much; they just have to produce a fresh corpse before a pliant media, although one with long hair and a beard, fatigues and an AK47, does make things easier. As Abu Talha, this all-purpose corpse can then be held responsible for fidayeen attacks, the murder of innocent civilians, the assassination of political workers, massacres, and explosions, whatever. Crucially, even as Abu Talha is lowered into the ground, all further investigations into those events can be safely laid to rest.

End of story: tamam shudh? Well, only sort of…. 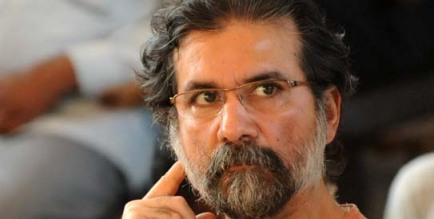 Last week’s trigger was a three-day seminar on Kashmir, organised by a well-known private college in Pune, where my film Jashn-e-Azadi was to screen on the opening day. You could have made the mistake of thinking – I did briefly – that the event was a marker of a new openness, a brave willingness to hear the ‘Voices of Kashmir’. (That’s what the seminar was called.) The Pune cadre of the right-wing Akhil Bhartiya Vidyarthi Parishad (ABVP) quickly punctured that optimism and declared the film divisive, anti-India, and anti-Army. The ABVP’s opinions clearly carry weight in academic circles in Pune, and with the visible support of other, more obscure right-wing groups like Panun Kashmir and Hindu Janjagriti Samiti, they succeeded in getting the screening called off. Eventually the entire seminar was described as ‘postponed’, perhaps terminally.

But this abandonment of a modest college seminar in Pune unwittingly slipped into the titanic wake of Salman Rushdie’s cancelled visit to the Jaipur Literary Festival. That clinched blue-chip coverage in the media, much of it fair and accurate, especially in the newspapers. On television it slipped into more predictable wooly-headed outrage. The limits of the debate were well described by the channel Times Now, when its flagship show Newshour took on the ‘challenge to free speech’ by Tweeting this question: ‘Is Sanjay Kak within his right to be critical of the Indian Army?’

Where did that come from, I wondered, if not from the pronouncements of the ABVP and Panun Kashmir? All through the show, as this curious strap-line continued to crawl across the screen, I waited for the question to be addressed. But having set up the discussion with its non sequitur, Newshour then forgot to take it up. It must have been a coincidence, this forgetting, although on the same day the CBI was searching the Pune residence of a former GOC-in-C of the Indian Army, Lt Gen Noble Thamburaj, in a case of criminal conspiracy and criminal misconduct. (To complete the rich irony, the next day a police station in Pune was reportedly trashed by a posse of young officers of the Indian Army’s College of Military Engineering, who had felt insulted by a traffic policeman’s admonition to one of their colleagues.)…

The ‘commentary’ that DNA offers in its ‘analysis’ section, for example, opens with a cheesy recounting of the 2007 cancellation of a film screening in an under-graduate college in New Delhi. (The film was “… And the world remained silent”, its title borrowed from Elie Wiesel’s 1955 book on the Nazi Genocide.) I stand accused of having conspired to ‘scuttle’ this event, and replace it with a screening of my film. The fact is that the screening of Jashn-e-Azadi had to be called off because anonymous ‘activists’ had once again written off to the nearest Police Station threatening the possibility of protests. That the teacher involved in organising our screening had publicly rubbished this charge days after it first appeared in 2007, and has done so again last week, is obviously of little consequence. (I suppose we’re meant to file this away in the folder marked ‘Tit-for-tat’.)

This is how it works, in this free-for-all of anonymous police complaints, Facebook and Twitter flows, irresponsible websites, and overheated news studios. Anything can be said, without evidence, without being contradicted, checked, corrected, or indeed, without any real fear of being prosecuted for libel. Once uttered, the lie floats about in the sewers of the system, from where it can be pulled out when needed…

Obviously it doesn’t take much more than a few people with access to the net (and Twitter accounts) to set up a barrage of untruths that can penetrate this facile skin of our media. In the case of Jashn-e-Azadi it’s actually the same handful of people who’ve been following this documentary around, like a baleful shadow. They are the praetorian guard of the Hindu right wing’s position on Kashmir, led by those who are occasionally made visible by the banner of Panun Kashmir (as in Pune), but elsewhere by its more discrete ideological affiliates. And when I say handful, I do mean the fingers of a hand, perhaps even less. Last week, as Jashn-e-Azadi came under attack, on television we saw the same faces that were there five years back.  Wearily we heard the same absurd charges, often cannibalized and regurgitated from the same websites where they first appeared.

In 2007 it was obvious that this attack came from people who were fearful that new and alternate interpretations of events in Kashmir would loosen their grip over a narrative that monopolised people’s understanding of Kashmir’s recent history. (Pakistan. Jehad. Terrorism. Genocide. Holocaust. Fundamentalism.) But the events of the last few years, in particular the mass uprisings that took place in Kashmir after 2008, have created a disturbance in the rigid silences that surround our understanding of Kashmir. The old lies are in tatters, and repeating them endlessly only exposes them as stale and tired before an ever-widening audience. It’s becoming impossible to keep the truth out…. [TO READ THE FULL ARTICLE CLICK THE LINK ABOVE]